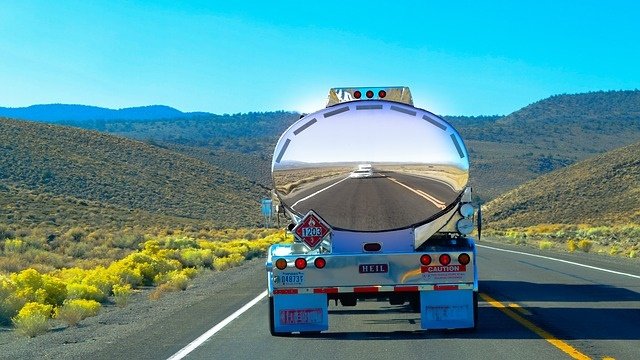 Benefits of a Car Dash Camera

A car dash camera is an out-of-the-box, ready-to-use option for your vehicle’s dashboard, which continuously records the road ahead of the vehicle through the windshield. With a dual front and rear car dash camera, you can records incidents before they happen and as they happen, recording accidents and incidents as your silent witness. Some premier models such as the Vantrue N2 Pro and the Wheel Witness offer in-cabin recording to help protect Uber® and Grab-a-Cab® drivers. Likewise, the video could prove your innocence when ticketed for using a mobile phone while driving.

Here is an independent review done by SoNiicYT, so do me a favor and like and subscribe to the video if indeed you do like the video. Thanks.

Although auto insurance discounts are not widely available in the US, having a recording of the event such as someone inflicting damage to your vehicle in a parking lot or an animal dashing out in front of your car on the highway could provide affirmative proof to the insurance company that you were not at fault.

Although the benefits discussed in this article are not available on all car dash cameras, these are worth considering when buying a new model.

The ability to record accidents while they happen is beneficial for all parties involved in the traumatic event. The video footage would show how the crash started and who could be possibly at fault. Being able to review the saved footage would help individual’s cases. They would also be able to learn from their mistakes.

A two-way car dash camera that captures the road ahead and activity in the cabin could show you weren’t using a cell phone while driving. A two-way camera is an excellent tool against wrongful accusations made by law enforcement officers (LEO) or other drivers. Also, it can help law enforcement determine whether drivers were paying attention to the road and their surroundings.

Two-way cameras offer two different perspectives by showing what the driver sees and what the driver is doing while driving. These cameras send two files to the SD Micro Card, so you have a video of the road ahead and a witness in the vehicle, even when driving solo.

These cameras help fight insurance fraud, which could eventually lower premiums if courts start using the video as evidence across the US as allowed in many other countries. Anyone trying to commit fraud could be caught and brought to court to pay for what they have done.

GPS sensors record your speed, time, and location, which could help you out of a speeding ticket when LEO tickets you for speeding without the use of RADAR, LIDAR, or any other device, but the CHP officer just guessed that you were speeding. The judge will almost always take the estimation of a seasoned officer over yours. Whether the judge will allow your video as evidence is not 100% certain, but it could raise the level of doubt enough to get you a dismissal on those expensive California speeding charges.

SoCal and Central Valley are dangerous places to drive, so take along a witness. When you’re out there on I-5 or SR-99, you have a silent witness to road rage, hit-and-run, reckless driving, or false accusations of cell phone use. Get the protection you need for your family from a car dash cam.

GPS Sensors are receivers that use a satellite-based navigation system with a network of 24 satellites in orbit around the earth to provide position, velocity, and time durations. Although these sensors are not available on less expensive models, buying a device that has the option could save you trouble and money over the life of your car dash camera.

As you are probably aware, traffic tickets in CA are among the highest in the nation. A cell phone, with a base fine of $20, will cost nearly $150 after Kern County adds state and county surcharges, fees, and penalties. And, a ticket for not using a seat belt or not having a child under 8-years-old in a child restraint system can cost $475, or a red-light ticket, $490 plus traffic school, which will bring the total to nearly $600. Having an onboard camera could provide evidence of your innocence.

Motion detectors could catch anyone who hits your car while parked. Anything could happen to your car when parked, and you are away. When you come back from shopping or lunch at a nearby restaurant to discover damage to your car, just check whether another car hit you or there was vandalism with the playback button on your car dash camera. The recording, given to LEO could assist them to catch the hit-and-run driver or vandal.

Car Dash Cameras such as those sold on this site use Amazon dropshipping services. Dalton’s Dash Cams & Driving Accessories provides a secure socket layer (SSL) so that your transactions here are private and secure. Amazon provides the packaging, shipping, and returns and gives me a percentage of the sale for advertising. This percentage does not affect the price of your purchase; in fact, I offer added discounts from time to time to make these car dash cameras even more affordable.

These cameras are the future and provide multiple benefits to their owners. These devices will help LEO solve crimes of grand theft auto and carjacking, plus it could provide you the evidence of innocence needed to make your insurance claim a foregone conclusion.